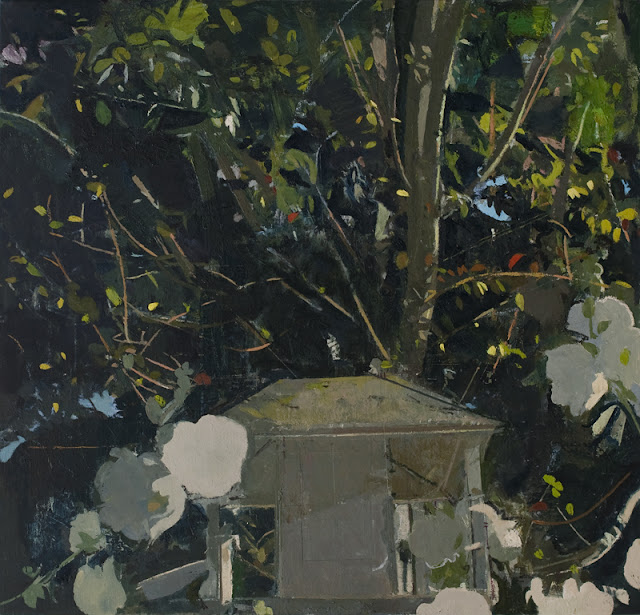 One of the first lessons regarding color I ever had was at RISD, in a two-dimensional design class with Gerald Immonen. The class, and his projects created a wonderful foundation that was steeped in acute observation as much as it was in understanding color systems. When I began working with oils, my color palette was based around a warm/cool combination of the primaries alongside green (Permanent Green Light and Viridian) and a couple neutrals (Yellow Ochre and Burnt Sienna). Also, early on I began working with ‘artist’s grade’ paints. After realizing the amount of filler and chalk that is mixed into student grade paints, there really wasn’t even a choice in the matter! However, as finances often shape a lot of our decisions, I quickly had to downgrade my palette, and so I decided to keep working with artist’s grade paints and edited my palette down to: Alizarin Crimson, Cadmium Red Light, Cadmium Yellow Light, and Ultramarine. This went on for about three years, until slowly I started reintroducing other colors back into the mix (this was in grad school). During this time I also began working indirectly, applying paint in various manners, so I introduced an entire range of transparent hues to parallel my working palette that was primarily opaque hues. So, some of the new colors were Indian Yellow, Terre Verte, Transparent Blue Oxide, and Transparent Yellow Oxide. Over the last ten years my working palette has changed dramatically a few times. The first was when I decided to leave my chromatic palette and switch to a hybrid of chromatic and neutral primaries/secondaries. The reason behind this was a shift in my subject matter (working more from life, and motifs that were more somber in nature). I was finding myself spending a lot of time ‘knocking down’ colors, especially cadmiums to arrive at mixtures that could be arrived at quicker.


So, here is the break down of the switch:

Also, for a while I was obsessed with black, and bought every type of black to see how much range I could get out of that experiment!
Most recently, I have reintegrated some of the colors I left out, and introduced color I have rarely used before for a more complete palette, only to keep surprising myself and finding newer combinations. Less and less, I go with “rules”, but I do sometimes have multiple palettes with different combinations laid out. 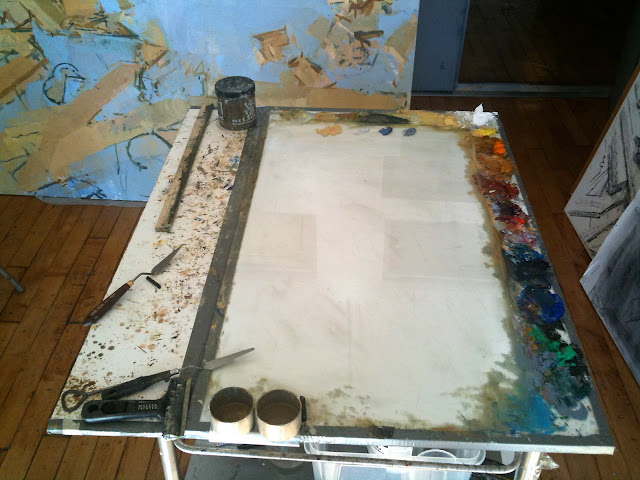 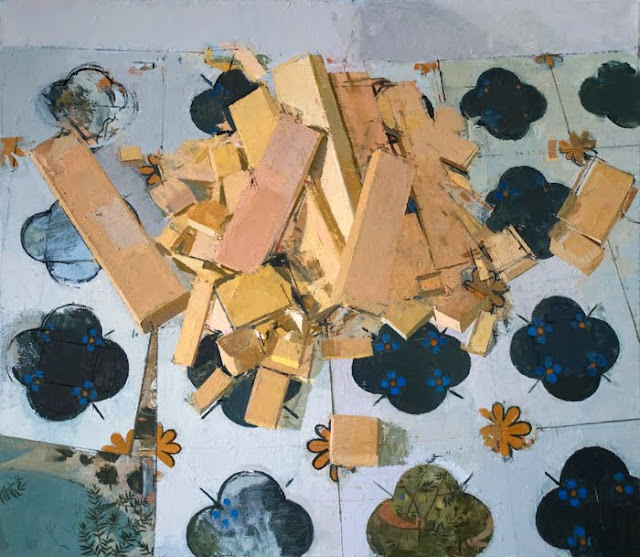 A Note about whites:
Maybe until about six years ago, I was a strict subscriber of the wonders of Flake White. Though recently, I have switched to a Titanium and Flake Mix. I like the neutrality of the white and also that it doesn’t dry too slow or too fast.

Brands: I have experimented with all types, and have settled on Robert Doak (especially for the whites), Williamsburg, and RGH (a new find thanks to Michael Berryhill’s suggestion) for most of the colors. That is not to say I don’t use other brands, but these are the ones that have the paint quality that I prefer, and the price is right!
Medium: Copal Painting Medium from Robert Doak.

Palette: A double thick glass palette that is backed with 1/2 inch foamcore and duct-taped around for added security. Wooden palettes and I don’t get along; I tend to to start ‘carving’ into it whenever I’ve used one!

Surfaces: For painting, I go back and forth between preprimed Claessen's linen rolls for bigger work (6ft and bigger) and hand prepared medium tooth linen canvases, with rabbit skin glue and a titanium primer. 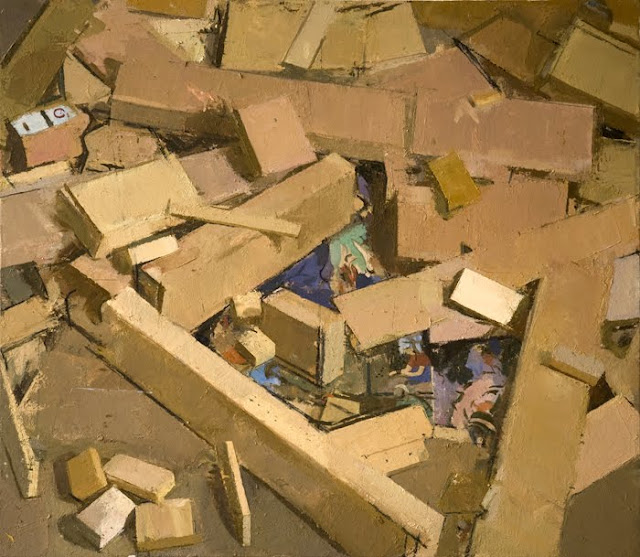