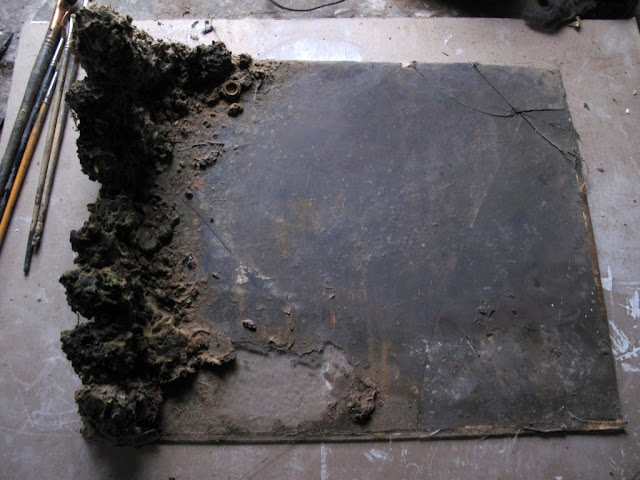 Still life palette
Here are pictures of two palettes I use. The smaller one with the paint built up that looks like a bunch of Giacometti figures is used in a little room in the house with a small north light for still life painting when I think I need intense light. The bigger one is the one I use in my studio where the light in more diffused and is about two years old so the paint hasn’t built up yet.. I clean the palette after I paint but I don’t remove the colors from the edges and it builds up over time. The palettes look cool grey in terms of color but are actually warm grey of a middle value-the cool north light is on them in the pictures. 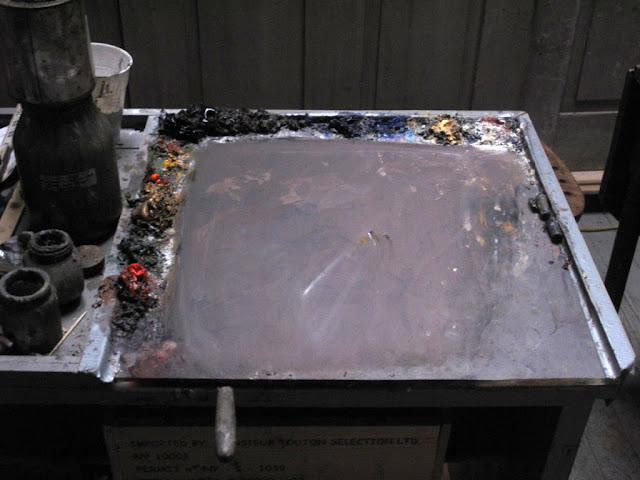 Studio palette
Laying out a palette in words is more complex than laying one out in paint because I have to think about things as compared to when I am painting; there I am just sort of reacting to what is in front of me or in my mind. But here is a try anyway.


Most of my paint is Winsor and Newton because I have become used to the particular hues over many years, especially yellow ochre and raw umber, which seem to have more variation between producers. I always seem to have yellow ochre, naples yellow, cadmium orange, ivory black, raw umber, raw sienna, burnt umber, ultramarine blue, cadmium red, alizarin crimson and English red light, which is made by various manufacturers and which I prefer as my general flesh red. Burnt umber, cerulean blue, cobalt blue, manganese blue, and cadmium yellow light are nearby but not always laid out on the palette. I also will use some of the Williamsburg colors of various shades at times but evidently not too often as a tube lasts for years. 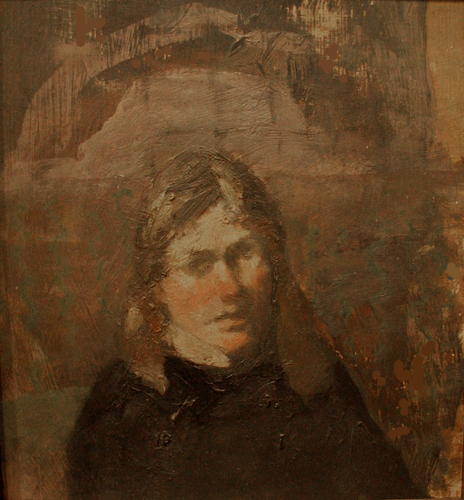 I can’t settle on green. For years I always had sap green on the palette but now it has been replaced with Viridian. But I also use sap green, permanent green, cadmium green light and Terra Verte. I also mix many of the greens.

I have used Cremnitz white exclusively. I like Old Holland and Winsor Newton equally in that white.

Also nearby are some tubes of old paint that the painter Charles X. Carlson gave me. He died in 1990 and most are very old. Many don’t have labels and there are some odd reds and yellows that I don’t recognize but use at times. I also have some of the pigments that Charlie got from the printmaker Luigi Rist and I will use them at times. None are marked as to their official color and they seem to be different than the hues I usually use.

Finally, I have a number of pigments I bought at the Sennelier shop in Paris with the green storefront that is across the Seine from the Louvre. Most are earth pigments with funny names. What a place! Ghosts of everyone from Manet to Picasso and Matisse are there. 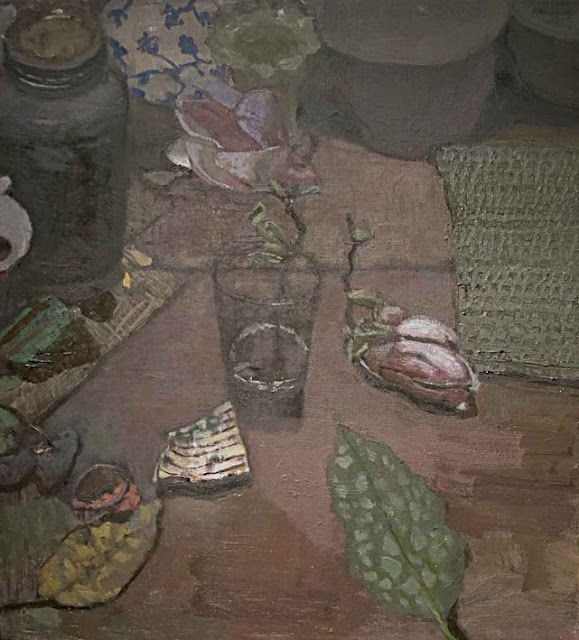